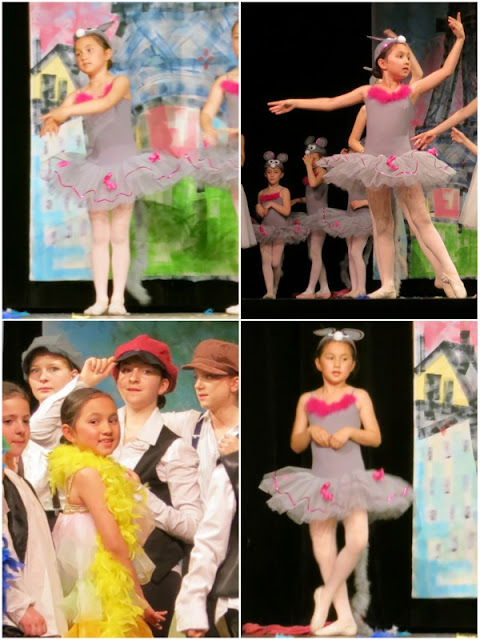 See, I didn't lie when I said that I didn't take good photos at Anaïs and Téa's ballet concert.  I was one of the volunteer mums helping during the rehearsal and also backstage with the kids' costume change, make up etc so I wasn't quite free to take so many photos.  I think there was a photographer taking proper photos and filming, so I guess I will be one of those parents who will buy every photo her children appear in...

Summer is officially here, but like spring, its very evasive.  In mid-spring, we still had to dress prety much like winter.  See this photo here where we got dressed up to go and watch a dance.  I know I've been promising photos of our new apartment but because its been grey and miserable, I never get the right light for photos.  There are still light fixtures to be bought, so the apartment doesn't quite look complete yet.  But to start, these photos show the street the apartment is on. 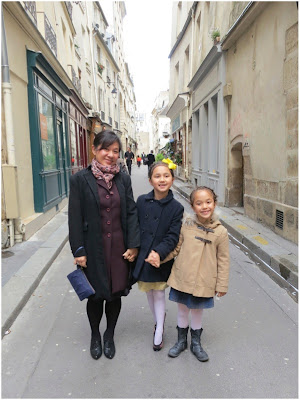 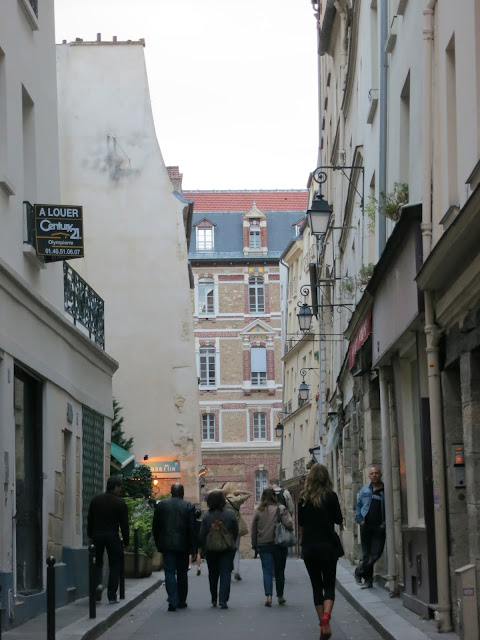 Our apartment building dates back to the 16th century.  In the bottom photo on the far right, you see the Collège des Grassins which was founded in 1569, having once being mainly a school of theology and philosophy.  Our building is just to the right of the ancient college. 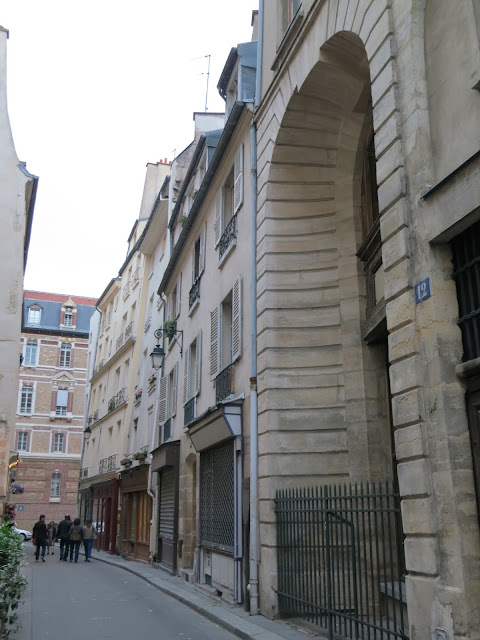 Every year on the 21st of June, on the day of the summer solstice in the northern hemisphere, city sidewalks, bars, cafes, squares, parks, train stations, public buildings and other public spaces become a stage for musicians, amateur or professional.  It is the day  of Fête de la Musique which was launched in 1982 by the French Ministry of Culture.  It is sometimes known as World Music Day and is today held around the world.  All genres of music are available and all musicians must perform for free, its aim being to promote music.  On this day, everyone young and old, come out to celebrate music.  This being our first with the girls, we wandered around our quartier and bought some Mexican take away which we ate on a bench at a square, watching the very talented and entertaining gay and lesbian choir of Paris sing their hearts out.  They were excellent. 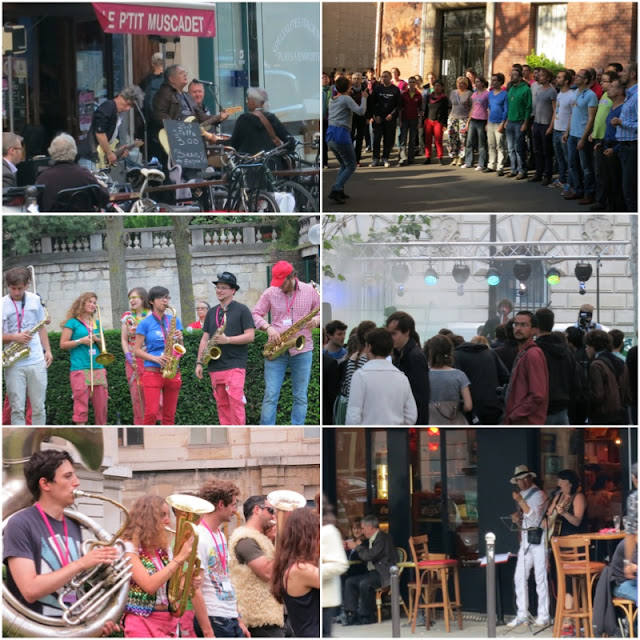 Father and daughter (she has make-up on because she just came from a school theatre performance) appreciating the music while the other daughter's dancing feet can be seen in the background. 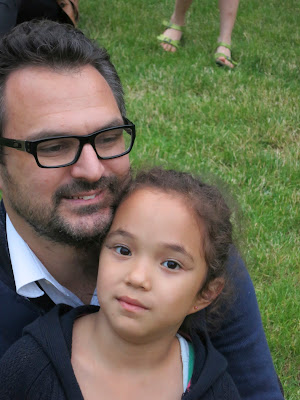 Even the former grounds of the renowned École Polytechnique (also popularly known simply as X) opened its doors to a band of young musicians, who between sips of wine and puffs of cigarettes, never seemed to run out of breath! 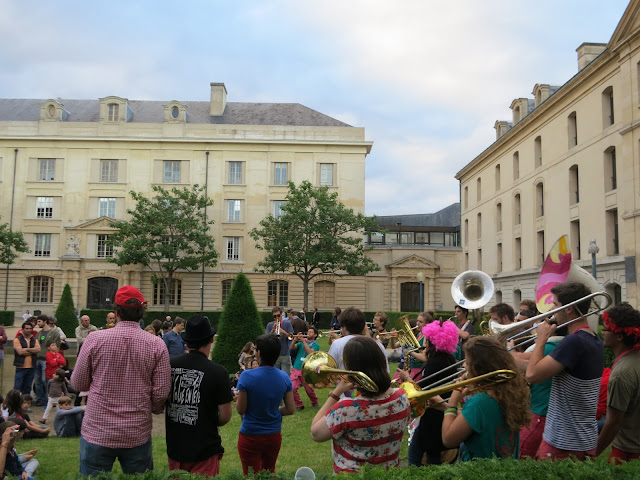 Why is the École Polytechnique so renowned?  It was established in 1794 during the French Revolution and became a military school under Napoleon in the following century.  Only the strongest students in science and maths get accepted, if they dare to try pass the famously selective entrance exam.  It is today still under the French Ministry of Defence, being one of the grandes écoles that traditionally prepared technocrat leaders of French government and industry.  The school paves the way for high positions of influence in government, industry, research and finance.  Among its alumni are Nobel prize winners and three Presidents of France.  Half of the top corporate enterprises in France are headed by a Polytechnicien.  The school is no longer in the Latin Quarter where we live, but has been moved to the southwest of Paris.

The school and the grounds contribute to the neighbourhood's reputation as a quartier étudiant (students neignourhood), frequented by students and professors alike who study or teach at the many nearby universities and colleges. 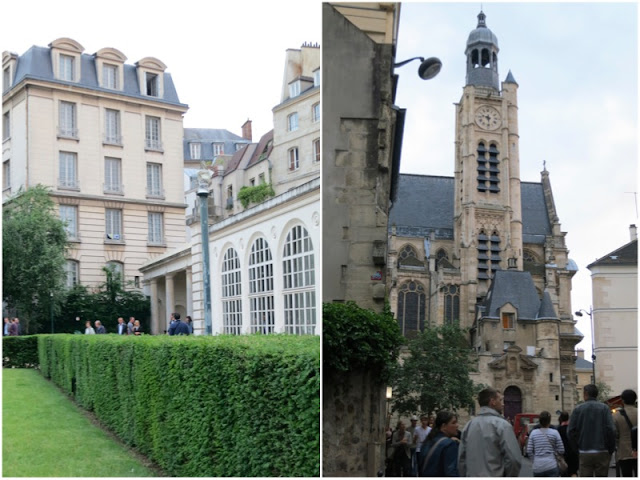 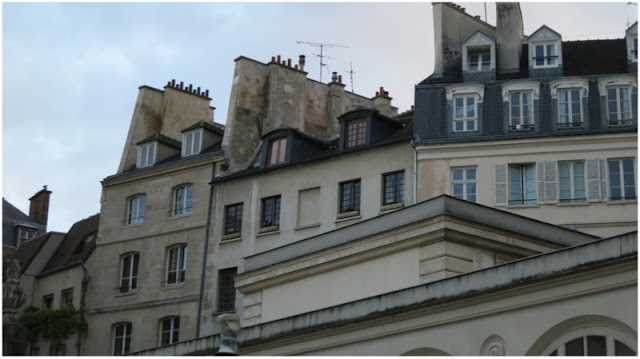 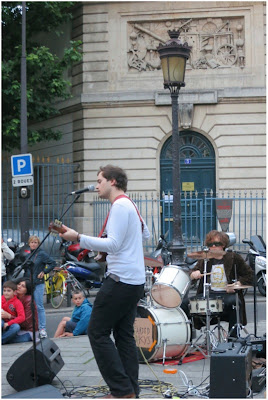 It looks like everyone is ready for summer, except for summer itself.  More than 2 kilometres along the rive gauche (left bank) of the river Seine has been transformed featuring floating gardens, climbing walls for children, teepees, giant blackboards, athletic tracks and other really interesting installations meant for stimulating your children's senses.  In the meantime, get zen by renting a Zzz (for free), a glass-fronted , simply furnished container surrounded by a little garden, where you can pause and contemplate the Seine.  Zen by the Seine.  We really enjoyed our Sunday promenade, despite the light rain.  These are one of the things that are so cleverly thought of in Paris and which makes the city so interesting. 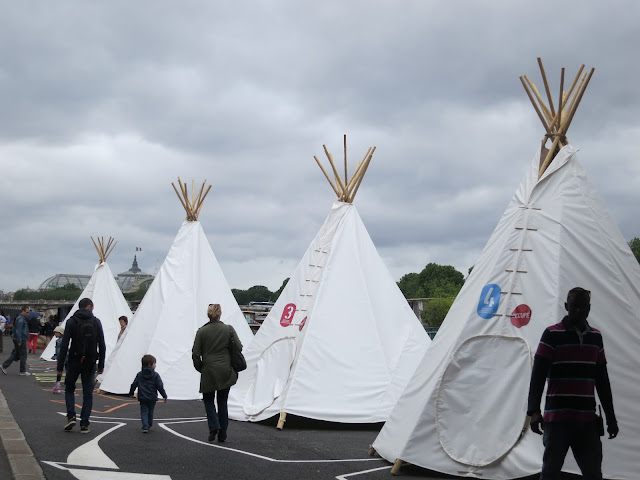 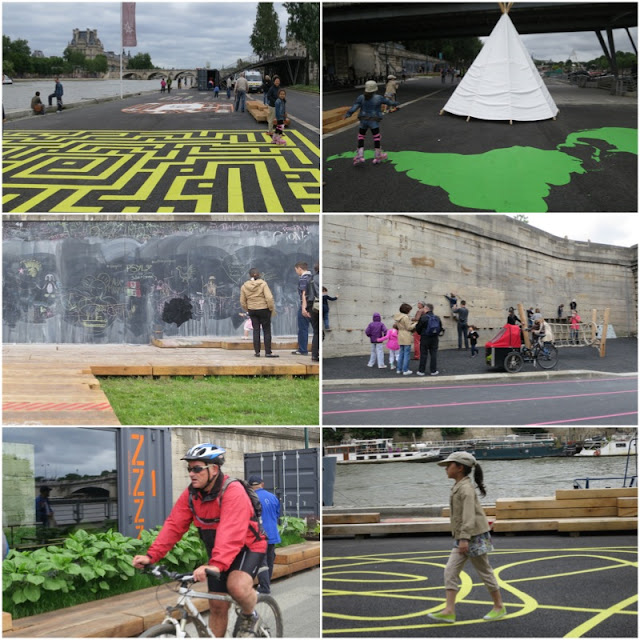 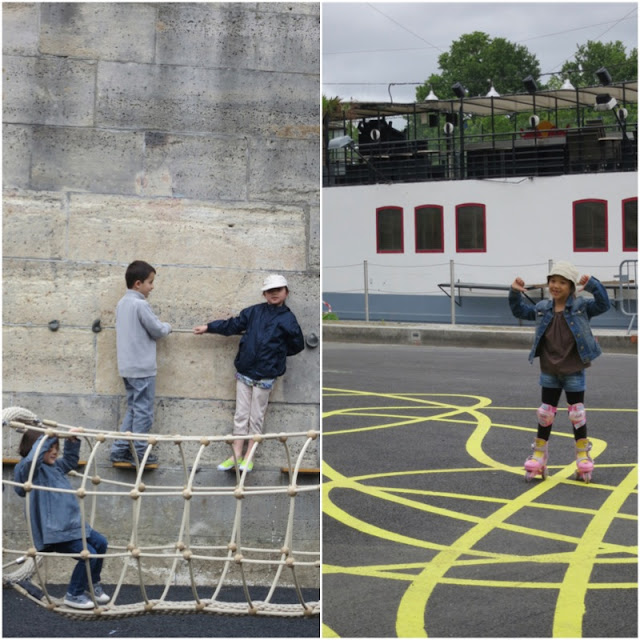 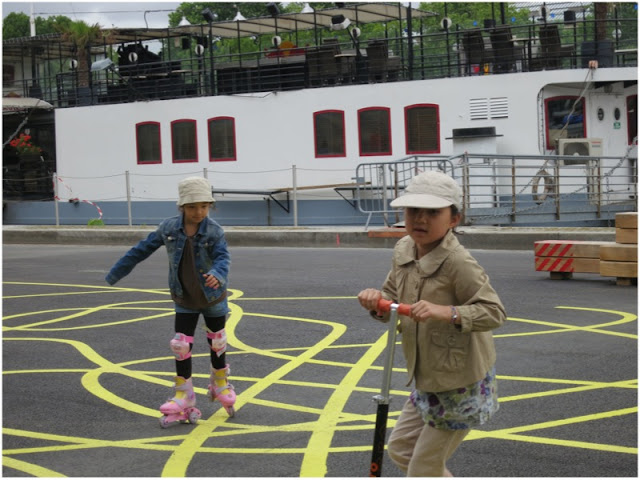 To round off our walk, we went through the Luxmbourg gardens, where there is always a sight to soothe your city-living induced stress.  Watch out for the bees though! 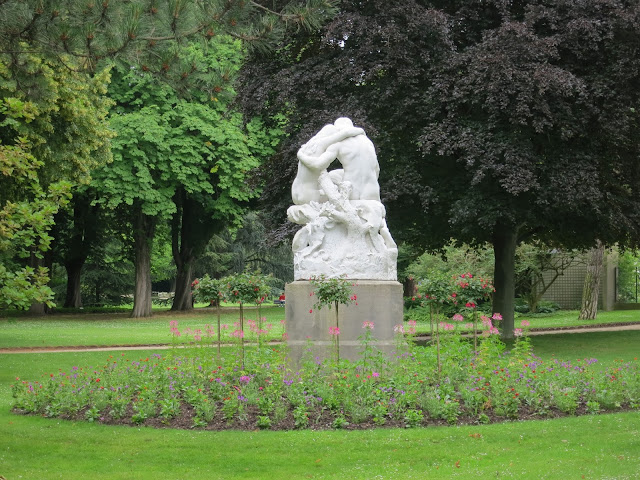 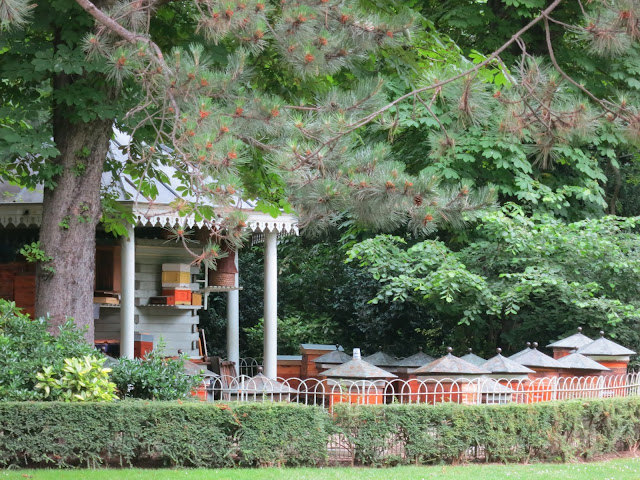 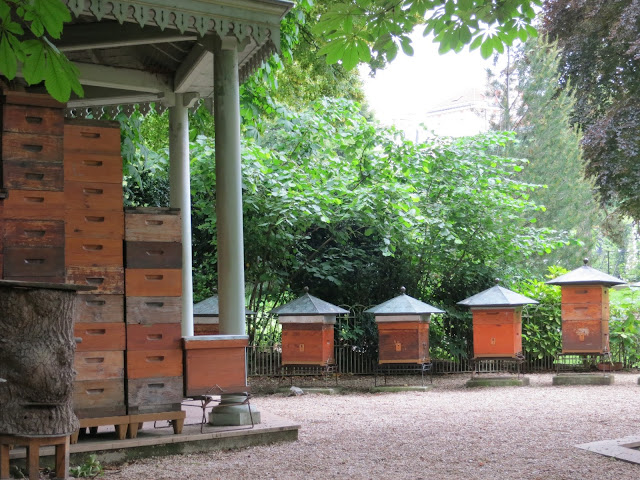 I have a blocked sink to sort out today, can't wait to zen out this weekend.  Think I might rent a Zzz for a little picnic.  Even if it rains, we have a roof, but with a garden and river view.

Newer Post Older Post Home
Subscribe to: Post Comments (Atom)
Two gifts we want to leave our children: roots and wings. Roots for them to know where they come from, and to keep them grounded. Wings to soar above everything, to go where we never could. To do this, sometimes we need to uproot.

Where are we now ?